It is against the law to discriminate (treat less favourably) against anyone because of:

These are called ‘protected characteristics’.

What is hate crime?

A hate crime is any behaviour that someone thinks was caused by hostility, prejudice or hatred of their:

Anyone can be a victim of hate crime if they are targeted because of who they are, their friends or family or even who the perpetrator thinks they are.

The following posters are to support people recognise what hate crime is and where to get help.

Find out why reporting hate crime is so important in this short video:

Director of Public Prosecutions, Crown Prosecution Service. We want communities and individuals to have the confidence to come forward and report these offences, no matter how minor they may appear. This guide is an important way of ensuring that victims can make informed decisions about the most appropriate course of action, taking account of their particular personal circumstances.  Hate crime divides communities and the CPS has an absolute commitment to bring perpetrators to justice and support victims and witnesses through the criminal justice system.

Please click on this link for the full document:

Stop Hate UK is one of the leading national organisations working to challenge all forms of Hate Crime and discrimination, based on any aspect of an individual’s identity. Stop Hate UK provides independent, confidential and accessible reporting and support for victims, witnesses and third parties. Please click on the link below:

How to report a Hate Crime

If you have witnessed or experienced hate crime you can report it in a number of ways:

A disability hate crime is a criminal offence motivated by hatred or prejudice towards a person because of their actual or perceived disability.

Independent: Ten years after the death of Fiona Pilkington, have the police got better at tackling hate crime? 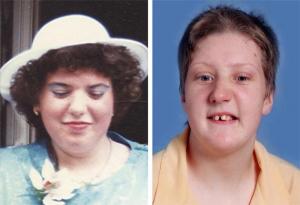 The tragic backstory behind Fiona’s suicide was revealed under the unforgiving glare of Fiona Pilkington (left) and her daughter Frankie. No officers were disciplined for their deaths.

Everyone remembers Fiona as the woman who burnt herself to death. They remember reading about her in the papers or seeing her face on the news: a photo of a brown-haired, middle-aged woman with downcast eyes. No one knew her personally. Fiona spent much of her life isolated and alone. Ten years on, residents in the Leicestershire village where she lived and worked still seem disconnected to her death. Locals living just a few metres from the lay-by where Fiona eventually set her own car ablaze struggle to recall the details. “We saw nothing,” one elderly resident says. “There was no fuss here. We had no one asking any questions.”

Thirty-eight-year-old Fiona Pilkington killed herself on 23 October 2007, after driving her Austin Maestro to a secluded lay-by close to the village of Earl Shilton. Her 18-year-old daughter, Frankie, sat by her side as she doused the back seat in petrol and set the car ablaze.

The tragic backstory behind Fiona’s suicide was revealed under the unforgiving glare of the national press. An investigation found that Fiona and her family had been bullied and abused by local teenagers for more than a decade. Groups of up to 16 youths had pelted their home in Bardon Road, Barwell, with stones, eggs and flour. The abuse was often targeted at Frankie, who had severe learning disabilities. Fiona specifically mentioned the gang in a suicide note to her mother. “The street kids[,] well I have just given up,” she wrote. “I am just not cut out to take this much harassment.”

Pilkington deaths could happen again because of police failure

A decade on, few residents want to discuss the abuse, despite anti-social behaviour still causing problems for many people in the local area. “I think it’s easier for people to ignore [Fiona’s suicide]. If they don’t talk about it, it didn’t happen: it’s that kind of attitude,” says Sarah Hutchinson, a nursery worker who lives just a few streets from the Pilkingtons’ home. She says that neighbours could have feared reprisals from the gang if they got involved. “The whole street knew it was wrong but didn’t get involved for various reasons of their own,” she says. For residents such as Hutchinson however, their anger remains directed at the police. “They knew,” she says simply. “It makes me angry.”

The family had complained to police about the abuse on 27 separate occasions between 2004 and 2007, petitioning their local MP on two separate occasions. The last letter had been written in February 2007. Nine months later, Fiona had been driven to take her own life. 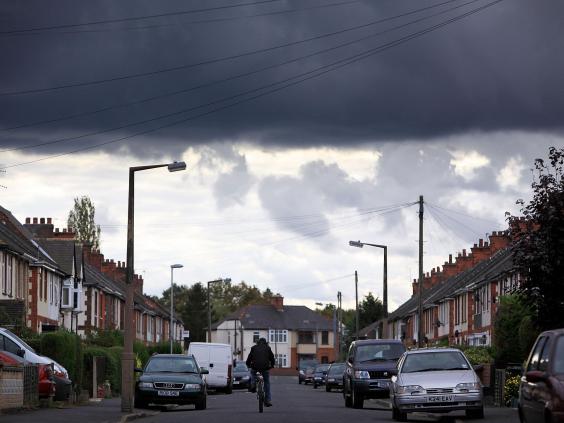 Bardon Road, where the Pilkingtons lived

In a well-publicised report, the Independent Police Complaints Commission found that Leicestershire police had repeatedly missed opportunities to identify the Pilkingtons as vulnerable, failing to link individual reports of anti-social behaviour as part of a wider campaign of harassment. The Pilkington family received a five-figure settlement from the force in 2012, although no officers faced disciplinary charges.

For many, it was a watershed case: thrusting the issue of disability-related hate crime into the national spotlight. The month of October now hosts National Hate Crime Awareness week, which hopes to keep bringing national attention back to the problem. “Cases [like Fiona’s] give exposure,” says Kamran Mallick, chief executive of Disability Rights UK. “[Hate crime] is certainly talked about more now than it was 10 years ago.”

Ann*, who has learning difficulties, lives not far from where the Pilkingtons faced years of abuse. She says that she has been bullied for most of her life, and won’t give her name for fear of further taunts.

She says that groups of young people regularly follow her through the streets to shout abuse, even entering the charity shop where she volunteers. Drivers and passengers shout insults from car windows as they pass. On one occasion, a teenager took a photo of her as she walked down the street with bags of shopping. It was posted on a local Facebook group, where users lined up to write abuse in the comments. Ann says that the photo was removed once she reported it to the police, but stresses that offline, the harassment has continued.

Ann says that she has simply got used to ignoring the insults. Three years ago, however, she contemplated taking her own life. “I’ve always tried to ignore it,” she says, “but it got to me so much. You can’t block it all out. I don’t know why they do it.”

For Ann, change didn’t come in the form of a police intervention. Instead, she says that meeting her partner provided her with the support she needed. “The police talk to these kids,” she says. “But afterwards it just starts again. Nothing changes. It’s just horrible.”

Ann is not alone. Some 3,629 disability-related hate crimes were recorded by the Home Office in 2015-2016, accounting for 6 percent of all hate crimes nationally.

The number of reported disability hate crimes has been rising steadily for the past five years, more than doubling since 2011/2012, when 1,744 crimes were recorded.

Many campaigners have praised greater awareness and police action for the rise, but stress that negative rhetoric about disabled people in the press has also had an effect.

“Disabled people don’t feel that they will be taken seriously, or that what they are experiencing is unacceptable. They almost start expecting that kind of treatment,” he says. 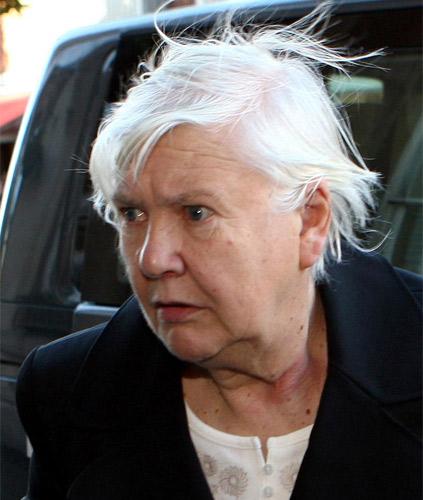 Pam Cassell, Fiona’s mother, arrives at Loughborough Town Hall for the inquest in 2009

The hate crimes which many disabled people are unwilling to report are instances of low-level harassment, including name-calling and other anti-social behaviour. The same taunts were central in the hate campaign that led Fiona to kill herself and her daughter.

The abuse can have a devastating, cumulative effect, says Mallick.

“It can leave [disabled people] isolated in their homes and cut off from society,” he says. “That can lead to a whole range of problems and seriously affect their mental health. The police should be taking all actions seriously.”

Thirty-seven-year-old Gary, who has learning disabilities and mental health problems, lives in the nearby town of Hinckley. He’s been the victim of violent attacks in the past, including when a gang threatened him with a broken bottle and a penknife.

But he says that it’s verbal abuse which causes the biggest problems in his everyday life. “If you’re in the street and people are calling you names, that’s it. Other people don’t do anything,” he says. “Once, a group of kids were shouting abuse at me close to a building site. All of the builders stood there and laughed. When I asked them why, they said it was just kids having fun.”

Gary says that police-led interventions, where officers have spoken to the children and their families, have not had an effect. He now says that he doesn’t want to keep reporting the incidents. “You can’t keep going to the police,” he says. “They’ll just get fed up of you.” 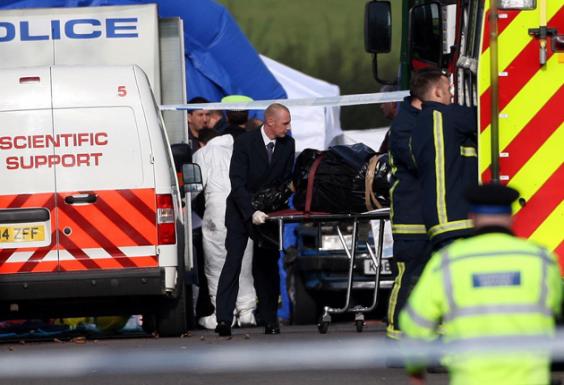 Darren Goddard, Hate Crime Officer for Leicestershire Police, says that officers work closely with other agencies in a bid to stop this more low-key abuse.

“We can’t prosecute if a crime hasn’t been committed,” he says. “But we work closely with other agencies, such as housing associations and social services, to deal with incidents that don’t reach the criminal threshold.” He says that a gentler approach has been used to target young people, encouraging them to diffuse hate crime with acts of “social courage”.

​Goddard also says that key failings in the Pilkington case have also been addressed. “In Fiona and Frankie’s case, different organisations had different information. Now, we’re sharing that information better. Every case is different, but I have hope that the procedures and policies that we have in place now mean that we’re moving in the right direction.”